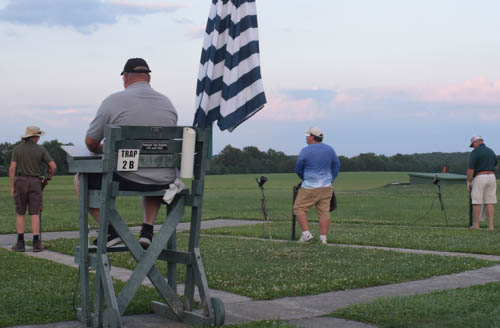 More from The State Shoot

What’s this….? was the response from Zane

Zane McHenry and his Dad Rusty, are fairly new to Trapshooting. Rusty runs the Dupont Gun Club and has stepped up to take over the Cashiering computer duties at the State Shoot and the Hall of Fame Shoot. Zane cashiered, entered scores, ran scoresheets and helped wherever he was needed, Rusty ran the reports and options, he ran the system alone at the WV Hall Of Fame shoot when I couldn’t attend. I treated them to a sushi dinner during the WV State Shoot, when Zane said he loved sushi. When the plate showed up he was well…..I think I saw their truck a Chick-Fil-a later that evening. Zane won his First Aim State Shoot Trophy this year and looks to be a contender in the SJ ranks so watch for him. Rusty, his dad, won some trophies as well, it has been reported that he has upgraded to a DT-10. I certainly appreciate Rusty and Zane excellent work at the shoots.

Megan’s mother may too have been a little nervous watching her daughter win a shootoff.

Another Sub Junior to watch is Ronald Keplinger who broke his first 25 straight at The 100th WV State Shoot. We wish him continued success!